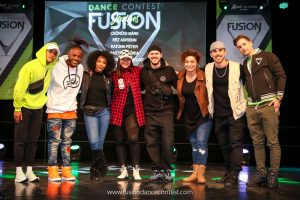 The organizers of the Fusion Dance Contest are acknowledging every dancer’s, art leader’s and choreographer’s talent and ambition, commitment and sacrifice. The FDC is striving to measure the participant’s performance in the most punctual way, and also to provide the most experienced and independent judges, who will make their judgement according to our rules and based on the 5 main focus points. Each and every judge is going to be issued via e-mail, with the detailed FDC rulebook and the programlist previously, and they will be formaly informed, so they can become fully prepared regarding of the system we use during the FDC. A group of 20 professionals are going to work during the weekend of the Championship. Due to the fact, that we will have judges for the Street Dances and Show Dances competition from all around Hungary and from abroad too, we will organize reminder-meetings for our judges in the Championship-day mornings as well. We will discuss all the notes and noted questions from the judges during the day, and also, while preparing for the prize-ceremony, they can give us suggestions to the winners.

We would like to keep you posted and updated about what is going on?

Would you like to see the best moments from the competition?

Would you like to watch the full Dance videos and interviews from the Competition?